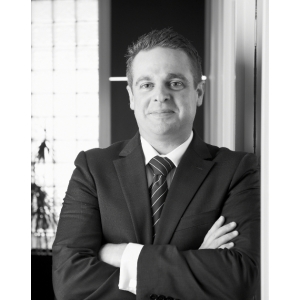 After completing his Bachelor of Laws at the University of Auckland Damian worked for four and a half years at a specialist civil litigation firm in Hamilton, most recently as an Associate.  Damian commenced practice at Purnell Lawyers in March 2014.  He brings a wealth of experience to the resolution of civil disputes.

Successfully making an application pursuant to section 317 of the Property Law Act 2007 for the extinguishment of an easement (December 2014).

Representing a landowner at a Court of Appeal hearing in May 2014 in relation to a dispute with a neighbouring landowner arising out of an agreement for the sale and purchase of land, including defending claim for alleged breaches of good faith and advancing counterclaim seeking equitable interest in respect of unpaid purchase monies.

Representing the owner of a dairy farm in relation to issues arising out of the purchase of a farm property for approximately $5,000,000.00 at mortgagee sale, and in particular obtaining orders in the High Court restraining the former owner and occupier of the farm property from removing fixtures and chattels from the property valued at around $400,000.00 (High Court).

Representing a commercial entity in relation to a claim for $2,500,000.00 pursuant to the Biosecurity Act 1993 (Arbitration).
Representing the owner of a dairy farm in relation to a dispute with another farmer over the termination of the farmer’s lease of neighbouring land, giving rise to a claim for loss of profit in the sum of approximately $500,000.00 (Arbitration).

Representing the owners of a residential property on State Highway 26 near Thames that was substantially damaged by a local public work, giving rise to a claim under the Public Works Act 1981 for the sum of approximately $350,000.00 (Land Valuation Tribunal).

Representing various parties in "leaky home" litigation matters, including the owner of an executive home near Auckland, builders allegedly involved with the construction of an apartment complex in Hamilton City, and a building inspector that allegedly produced a
negligent pre-purchase report (High Court/District Court).

Representing plaintiff purchasers in successful defence of an appeal against a decision of the High Court granting a possession order to the purchaser of a property sold subject to mortgagee sale (Court of Appeal).

Representing a landowner maintaining a claim for approximately $100,000.00 in relation to a dispute with a financier regarding who was entitled to the proceeds of sale of stock that had been grazing the landowner’s property but were subject to a financing statement registered on the Personal Property Securities Register in favour of the financier (High Court).

Representing the defendant vendor of a commercial property utilised for accommodation who was sued for alleged misrepresentations, breaches of the Fair Trading Act, and breaches of vendor warranties by the plaintiff purchaser (High Court).

Representing a party in relation to a claim for an interest in a building on Maori land on the basis of the equitable principle of proprietary estoppel (Maori Land Court).

Representing a commercial entity in relation to an application to maintain a financing statement pursuant to the provisions of Personal Property Securities Act 1999 (High Court).